WELCOME TO THE BUFFALO STAMPS AND STUFF IDEA
Hello friends.  Hard to believe that July is coming
to an end in just another week.
Have you been watching the Olympics on TV?
Have watched quite a bit of it here.
This week's card 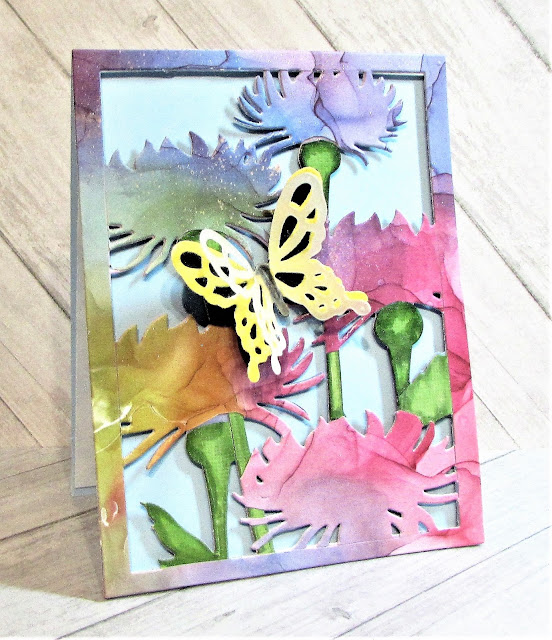 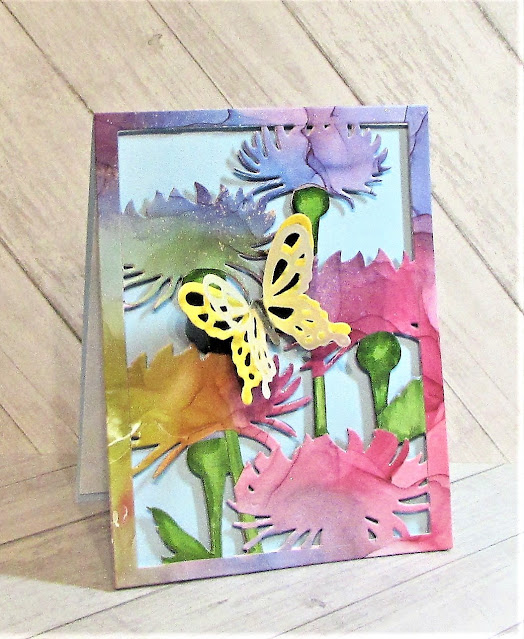 The flower die is Gina Marie Designs
Light Blue Cardstock  41/4 x 5 1/2 inch tent fold card
Designer paper that flower die is cut from is Craft Consortium
6x6 inch Ink Drops-Vivid Pad .
I cut the stems and leaves from green card stock and
shaded with a Copic Marker and glued them in place
over the ones cut from the main die.
I covered the entire die with Wink of Stella and it looks
beautiful, but hard to photograph.
The butter fly die is from an older spellbinders die set
which I cut out in yellow glitter paper and vellum and covered
the vellum with gold wink of stella..
Inside sentiment is Altenew (ALT3201) and says
"In a world where you can be anything, BE KIND"
That is it for  me this week.
Thanks for stopping by.
Have a good week.
Until later..........

A beautiful card Sue, lovely die cut flowers, I like the paper you have cut them from.
Pauline - Crafting with Cotnob
x

Hi Sue, your card is stunning, what gorgeous colours and design, loving the butterfly.
No I don't watch the Olympics, I really can't stand sport, although I do enjoy the Tour De France which has just finished, hope all is well with you, Kate x

Hi Sue, That is so pretty. I love the colours.

Yes, have had the Olympics on. Not interested in all of the sports, so just look up when one I do like comes on.

Hope you are having a good start to the week.

Sue, I love that "watercolor feel" of your papers and die cuts. It's a lovely creation! hugs, de